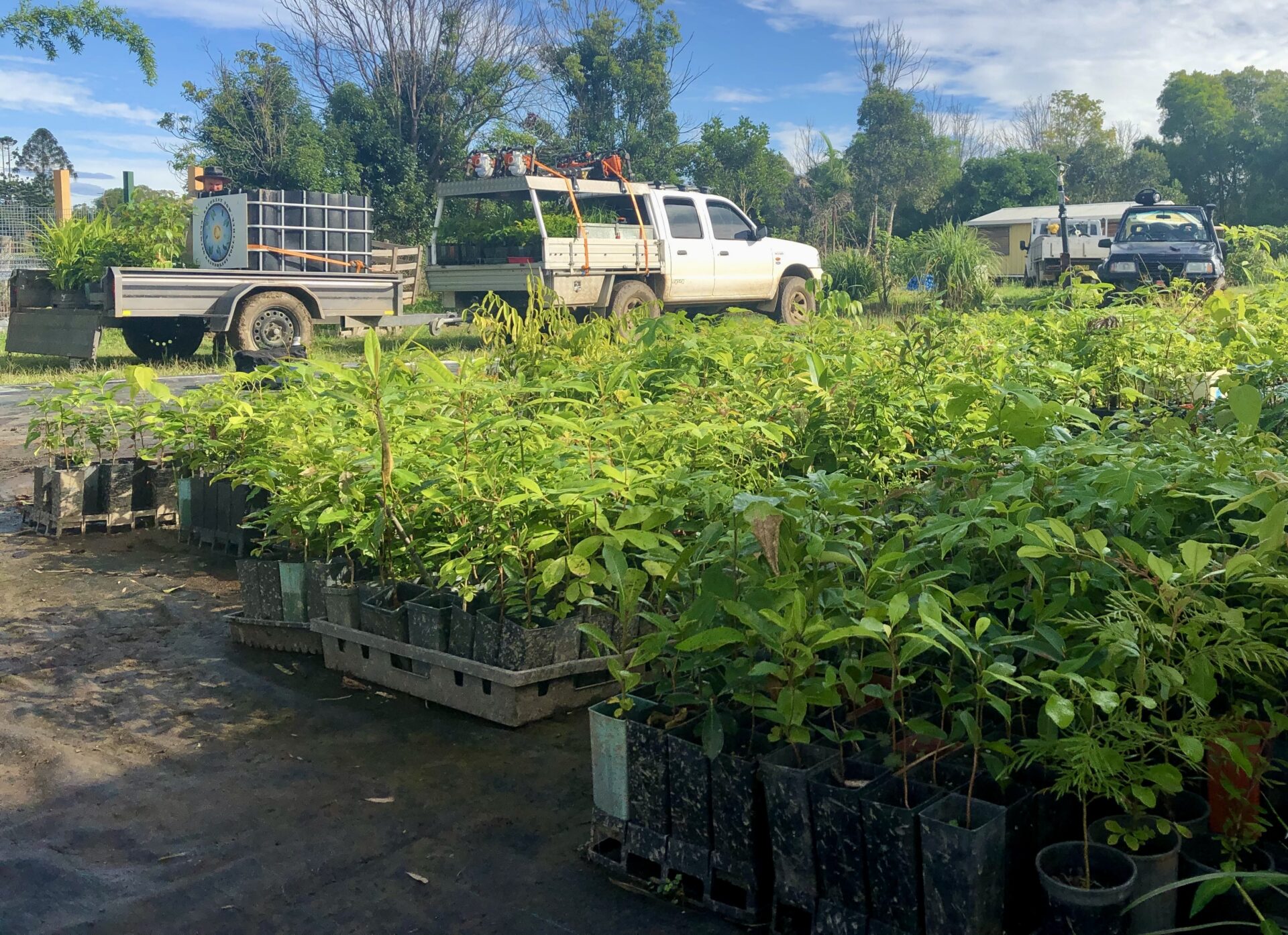 ReForest Now reforests the Australian rainforest and plants more than 150 different tree species. Regrowing the rainforest is establishing a balanced ecosystem. One that is providing clean air and water, that protects from erosion and landslides and which is providing for animals and people alike.

ReForest Now is a registered charity with the Australian Charities and Not-for-profits Commission ACNC. As a non-profit organization, Reforest Now’s team of scientists, bush regenerators and nurserymen are driven by the passion to see large-scale reforestation and regeneration of Australia’s rainforest ecosystems.

The non-profit organization is planting more than 150 different native, endangered to highly endangered tree species in eastern Australia to reconnect remaining patches of the Big Scrub Rainforest. This project supports the fight against the climate and biodiversity crisis through large-scale reforestation of the native subtropical rainforest. 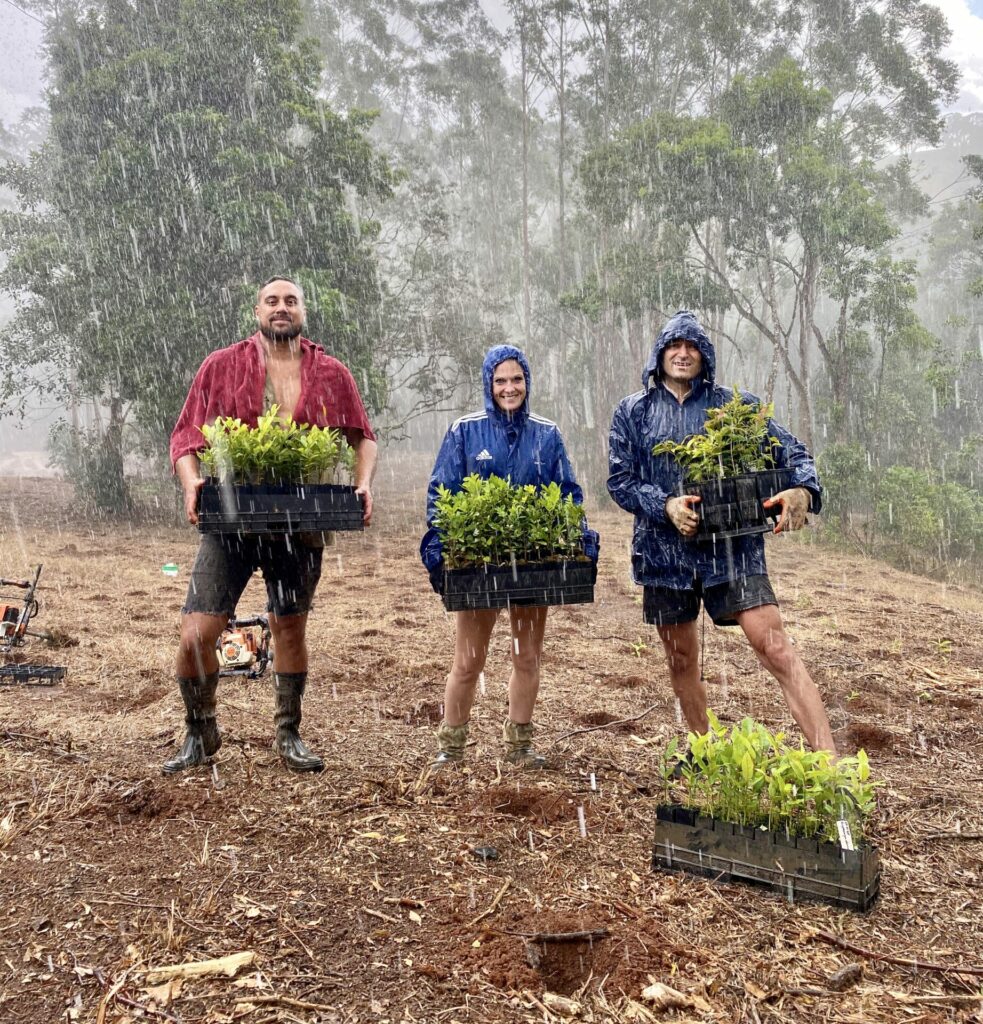 ReForest Now is planting rainforest trees in the eastern region of Australia. Most of the area belongs to the state of New South Wales, but reaching out in some parts up to the southern areas of Queensland.

The area of planting still goes by its historical name of the “Big Scrub Rainforest”. Before the first European settlers arrived, on the rich volcanic soils between Byron Bay, Ballina and Lismore was established a sub-tropical rainforest with a diverse range of plant and animal species, – known by the name “Big Scrub”. 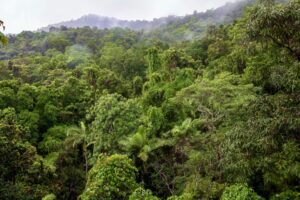 With > 300 species of trees & shrubs, and > 180 species of vines, the Australian rainforest is a hotspot for biodiversity.

Reforesting the Big Scrub Rainforest is of the utmost importance

Due to the timber rush starting 1842, followed by the extensive forest clearance of the European settlement, by 1900 only 1% of the original 75,000 hectares of rainforest remained. The remaining patches of rainforest represent – as noted by the Unesco:

“…[an] outstanding examples of major stages of the Earth’s evolutionary history, ongoing geological and biological processes, and exceptional biological diversity.”1

The Big Scrub originates back to the time when Australia was part of the supercontinent Gondwana some 40 million years ago. In fact, within the still remaining areas of this ancient forest, you’ll find plant species whose lineage can be traced back 240 million years ago.

The remaining patches of the rainforest are important research sites. Scientists from different disciplines come here researching genetic diversity and the effects human land use and forest fragmentation have on rainforest ecology. Those topics are of national and international concern.

With more than 300 species of trees and shrubs and more than 180 species of vines, epiphytes and other plants as well as a diverse range of animal species who rely on the plants for shelter and food, the remnants of the Big Scrub rainforest are an important biodiversity hotspot. Many of those species are listed as endangered to highly endangered under Australia’s Environmental Protection and Biodiversity Conservation Act.

Protecting the remnants is important as they are crucial genetic pools for seed dispersal. In order to regrow the rainforest and connect the remaining patches, seeds are collected by the ReForest Now team and will be raised to seedlings in their tree nursery in Mullumbimby, NSW.

Regrowing the rainforest is establishing a balanced ecosystem. One that is providing clean air and water, that protects from erosion and landslides and which is providing for animals and people alike.

The team of ReForest Now collects seeds form different tree species and a wide spread area in the Big Scrub Rainforest. The collection of seeds form different areas ensures the genetic diversity of the trees. They continue to grow the seeds into small trees in their nursery & plant the evolved seedlings with the help of volunteers and care for the young trees. Furthermore, they check on the trees in the first years after planting.

ReForest Now’s work involves people with different backgrounds, who all are driven by the vision to reforest this ancient rainforest. The beauty in the undertaking lies in the combination of different resources and the passion by which it is driven, leading to impressive results. 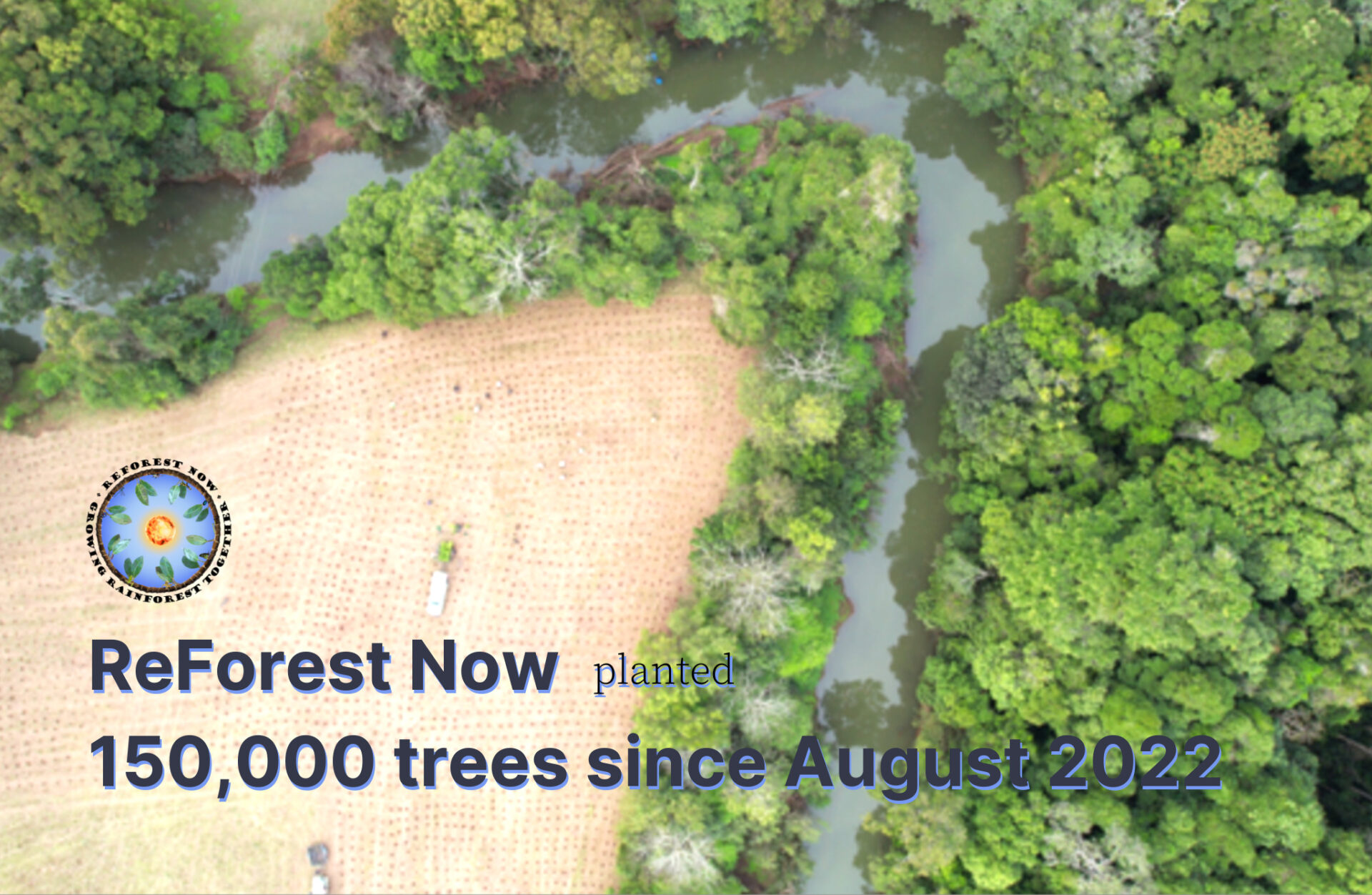